After Pierre's mobility decreased, he moved into a nursing home where he thought he was destined to live the rest of his days. He felt bored and lonely and longed for his independence. With his physical restrictions, he did not think he had any choice. However, with his friends' encouragement and the aid of technology, he's happily out of the aged care facility and into a home of his own. See how technology has helped Pierre regain control!

Pierre has spent his life exploring and trying new things, from travelling. sailing, and researching sustainable technology to designing and overseeing the construction of his own home.

For most of his life, Pierre was able to live independently without problem. He had physical restrictions and used a wheelchair part time, but he was able to manage fine on his own. However, in 2004, several falls left him injured and requiring surgery. Afterwards, his mobility decreased significantly. At that point, he gave up his beloved home and moved into an aged care facility.

It was a hard transition. Pierre mourned the loss of independence. In the nursing home, he was living with lots of people, but felt lonely most of the time. Most people were significantly older than him. Aside from physical challenges, he did not have much in common with the people around him.

Pierre said the one saving grace from this period of his life was a volunteer who liked to play chess with him.

Pierre's friends could see that he was struggling and they decided to do something about it. They banded together to lobby and advocate to get Pierre out of the nursing home. Pierre was one of the first people to receive funding to move from a nursing home.

Today Pierre lives in a home of his own in downtown Wilunga. He is not in separate specialist housing. He is among the community.

After he got out of the nursing home, Pierre got an electric wheelchair that is set up with wireless home automation. This has restored some of his control over his environment. He's regained the freedom to do what he wants to do, when he wants to do it.

To find out more about Pierre, read his story on the 100 Leaders Project.

The photos on this page are interactive. When you hover your mouse, or finger if using a touch screen, over the photos, points of interest will appear. Hover on these points to learn more about the specific accessibility features that help make this house great. 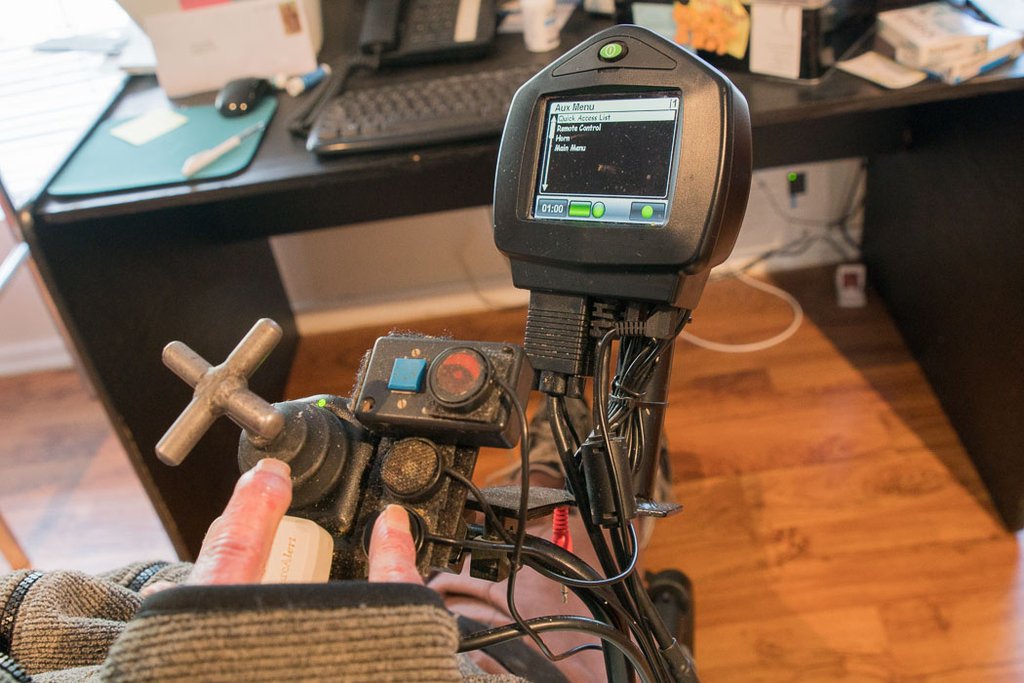 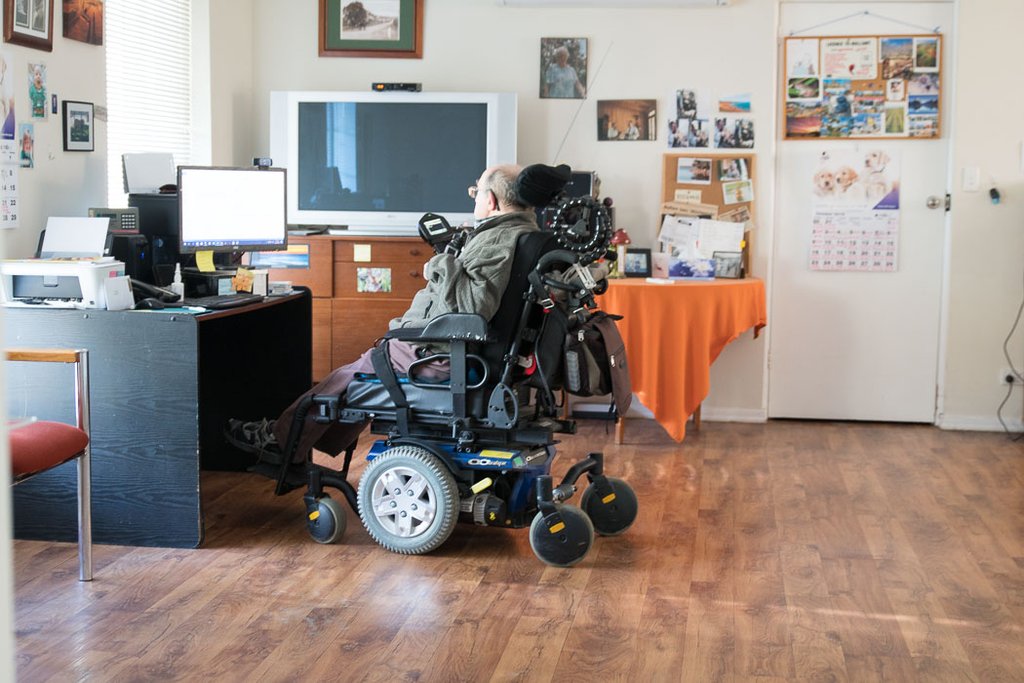 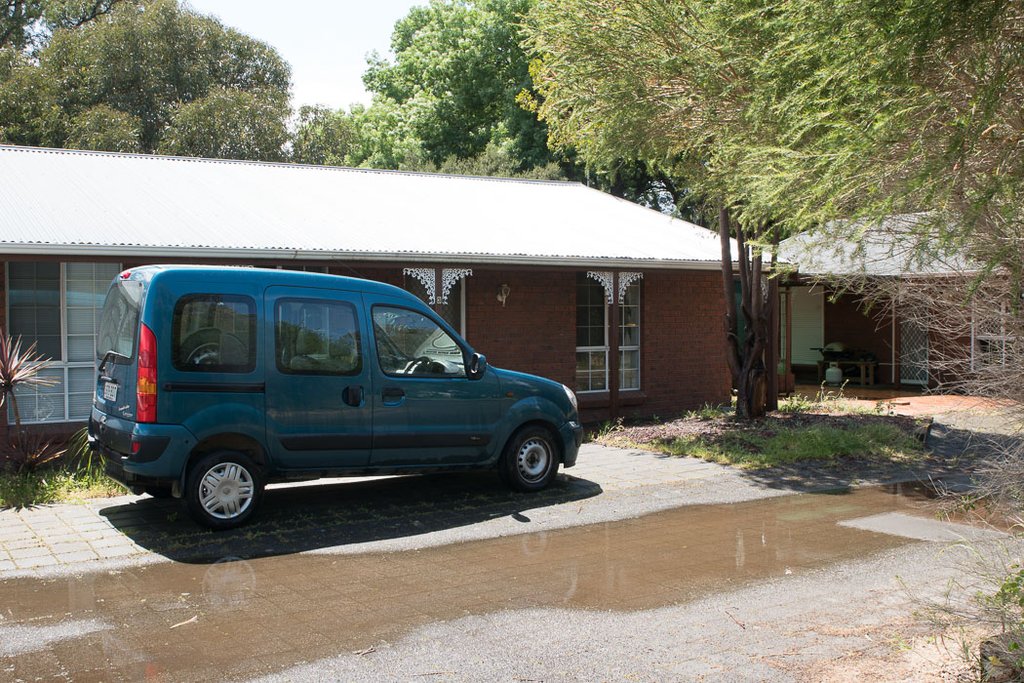